This world is full of murderers! Do you know anyone who has ever laid anyone off? Has anyone related to the person laid off ever get cancer after the layoff? If so, these business owners are all murderers! Yes folks! Layoffs cause cancer! Since Obama tells us regarding business owners, "they didn't build that," I guess the government is complicit in these murders! Since Obama is the president, he is also complicit with all of these murders by extension! As a matter of fact, since Obama claims responsibility for trying to build business with various legislation, and talks about his successes, he must be the ultimate mass murderer! After all, it is inevitable that all businesses will close at some point, and people will be laid off. Think of all the deaths from cancer to come which he has set in motion by "creating jobs" at these cancer farms! He has affected more people than Romney because the government is bigger than Romney's business. As a result he has murdered thousands by giving them cancer! How can we allow this to stand? I guess since Mitt has given cancer to less people, he is the lesser of the two evils, and we have no choice but to vote him into office in November.
Posted by LibertarianPatriot at 5:35 PM 1 comments


Posted by LibertarianPatriot at 10:43 AM 0 comments


Mayor Rahm Emanuel of Chicago and Mayor Thomas Menino of Boston have vowed to ban Chik-fil-A from their cities. Never underestimate a liberal's willingness to use government to punish private businesses because they disagree with their beliefs.


Today is Chik-fil-A Appreciation day. Liberals spin this event as "anti-gay," when in fact, those who show up know it is about freedom of speech and religion.

The Lamestream media hasn't reported much about it, so today I went to my local Chik-Fil-A to see if anything was actually happening. I took a picture: 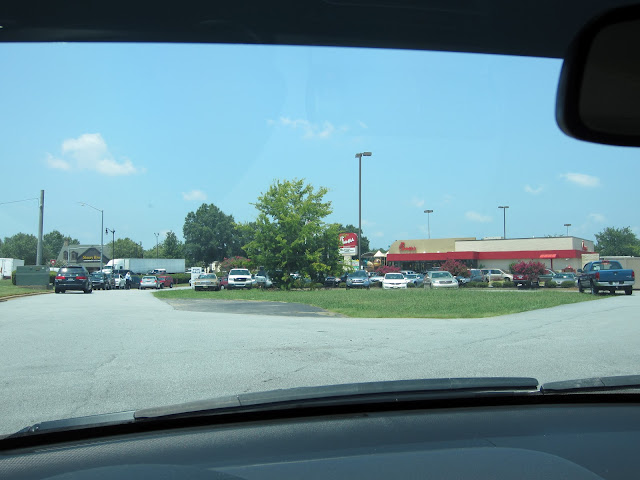 Notice the cars parked on the grass and off to the sides. The drive-thru and the inside was packed.

These were taken around 2:00pm, not exactly prime lunch time. (Yes that is Limbaugh on the radio.)

For those of you who have been living under a rock for the last week, President of Chik-fil-A Dan Cathy is quoted as saying:

"I think we are inviting God's judgment on our nation when we shake our fist at Him and say, 'We know better than you as to what constitutes a marriage,' and I pray God's mercy on our generation that has such a prideful, arrogant attitude to think that we have the audacity to define what marriage is about,"


What amazes me, is that this surprises anyone. Did these people not know that founder Truett Cathy is a devout Christian? Did they not understand that Chik-fil-A is structured from the ground up as a Christian business? It's closed on Sundays for a reason! Dan Cathy makes these remarks, and suddenly this is the worst thing since Hitler's rise to power? The stench of ignorance is overwhelming.


You see, liberals will hide behind the 1st amendment when trashing public parks and defecating on police cars at occupy rallies, but if Christians express their opinions, then it's okay for government to punish and silence them.


I'd like to see Rahm, Thomas, and these other liberals try to ban Chik-fil-a for thier religious speech. The resulting lawsuits will only serve to embarrass them for being complete morons.

Posted by LibertarianPatriot at 4:18 PM 2 comments